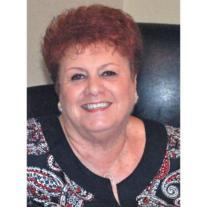 Ann Morini lost her fierce battle with cancer on April 20th, 2012. After 54 years of marriage, she leaves behind her soul mate, Bruno, son, Michael (Barbara); son, Steven (Teckla); granddaughters, Briana, Christina and Brandi; and her brother Salvatore Martorano (Annette). Ann left a legacy of friendships, all affectionately named “Babe and Hon”. Ann will be remembered by her gregarious nature and contagious smile. She was a spirited, compassionate soul and will be dearly missed by all.

A vigil, rosary will be held on Tuesday, April 24th 7 pm at O’Connor Mortuary in Laguna Hills. A funeral mass for Ann will be celebrated on Wednesday, April 25th at 10:30 at St. Kilian’s Catholic Church in Mission Viejo.