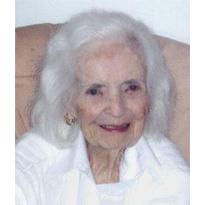 Ann Werve, age 94, passed away peacefully on January 23, 2008 in Laguna Niguel, California. She was born in Kenosha, Wisconsin on October 12, 1912 and attended St. James Parochial School. She graduated from Mary D. Bradford High School and attended Northwestern University for two years. Ann worked as a social worker with the Kenosha Welfare Department and later with the Catholic Social Services.

In 1942 Ann was awarded the Civilian Heroism Award, the nation’s highest civilian award, by President Franklin D. Roosevelt. She received this award for her work in ‘stopping the advance of enemy espionage at great risk with unfaltering bravery and patriotism’ while helping to uncovering a German spy ring operating in Southern Arizona. She loved to travel and lived for period of time in China and Germany. Following retirement, Ann returned to college and at age 65 graduated from the University of Wisconsin-Parkside with a Bachelor of Arts degree in History.

She moved to Green Valley, Arizona in 1994 and then to California in 2001. Ann remained a lifetime supporter of St. James Parish in Kenosha and was also a past member of the Elks Clubs in Kenosha and in Green Valley, the American Association of University Women, and the Kenosha Catholic Woman’s Club.

Ann was preceded in death by her parents, Joseph and Marie Gaffney; her husband Matt; her sister Jean Hauper; brother Thomas Gaffney; and daughters, Frances Werve and Mary Clare Ligh. She is survived by her son Frederick and daughter-in-law Candace Werve, of Laguna Niguel, California, and son-in-law Calvin Ligh of Aliso Viejo, California. She is also survived by grandchildren Kristen Howley of Moss Beach, California; Wendy Werve-Roper of Chantilly, Virginia; Alexandra Koleno of Portland, Oregon; Joseph, Thomas and Franklin Ligh of Aliso Viejo, and eight great-grandchildren.

Ann devoted her life to her family and to her many friends. She will be missed by all who knew and loved her.