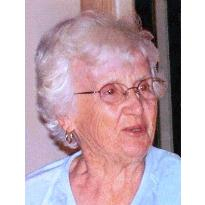 Ann Marcotte, 82, of Laguna Woods Village, CA died peacefully at her residence on May 24th. She was born in Danbury, CT, the daughter of Cornelius and Mary O’Connor.

Ann was a registered nurse with a degree from St. Vincent School of Nursing in Bridgeport, CT. Her career initially included establishing nursing clinics at several industrial plants in Southern California. She retired as a supervisor of an Intensive Care unit at Danbury Hospital after which she returned to California.

She was preceded in death by her husband, Arthur J. Marcotte.

In lieu of flowers, memorials may be made in her name to the American Cancer Society.

During her illness, Ann never lost her sense of humor or concern for others, thanks to the compassionate care and devotion of her friends Darline and Wayne Hamerschlag, Betty Grenier, Joe Maurer, Linda Treinen and her host of ‘bingo-buddies.’