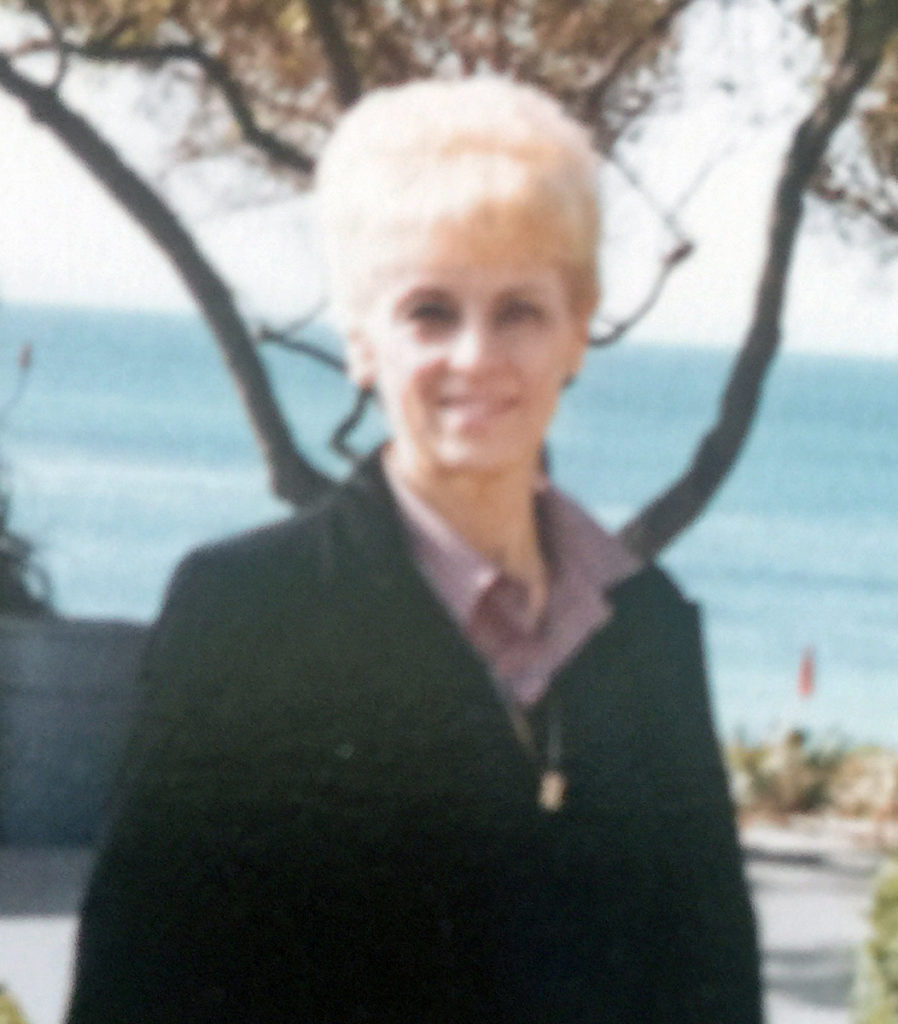 Angela Ream, better known to her friends and family as ‘Angie’, passed from this world peacefully on Friday, April 5th, 2019. She was 98 years old and was living in Niguel Hills Villas, a board and care facility in Laguna Niguel, California. She leaves behind one child, three grandchildren and ten great-grandchildren.

Angie was the daughter of an Albanian immigrant rail road worker, Nicholas Christ, who came to the U.S. in 1914, escaping the unrest in his home country. Nicholas married Pauline Maddex in Livingston, Montana in 1917 and they welcomed Angie into the world on February 26th, 1921.

Life wasn’t easy for Angie, as she spent her first 14 years living in a box car housed at the Livingston, Montana train station. Her Dad, Nicholas, worked for the Northern Pacific Railroad and ran what was known as a ‘weed burner’ car that he would operate to burn weeds along the tracks throughout the Pacific Northwest, leaving from Livingston, Montana and traveling as far as Spokane, Washington. The box car was sparse and small, a moving home with no indoor plumbing and the bare minimum in furnishings. As a young girl, Angie enjoyed riding along the tracks, watching her Dad and his crew work. However, as she became older and started school, she wasn’t happy to be living in a boxcar. Money was scarce and her Mother sometimes fashioned her clothes from old curtains that she could sew into plain dresses for special occasions. She attended Catholic school and was grateful to have a uniform.

She did have some fond memories of the boxcar life, like inviting friends over to jump from the tops of railcars, running and jumping from car to car and playing hide and seek between the cars, which when she recounted these stories, she realized how dangerous it was. And, one of her fondest memories was having picnics at Sacagawea Park in Livingston, along the banks of the Yellowstone River where Angie learned to swim in the river’s frigid waters.

Angie was a cowgirl at heart with a love of horses. Since her family could never afford a horse for her, she and her friend Francis would sneak into town on Saturdays and wait by the local bar for cowboys to tie their horses while they went into the bar. Angie and Francis would untie a horse, walk it around out of sight, mount the horse and ride it through the back streets of town, with the cowboys unaware of what was happening. After a brief ride, they’d go back and tie up the horse as if nothing had happened.

In 1939, after graduating from Park High School, Angie went to Los Angeles. She and a close friend stayed with her friend’s aunt in Southgate and they both found work at McDonnell Douglas. Angie was in a ‘Rosie the Riveter’ role until her knees started buckling each time a piece of equipment was stamped and the vibration affected her. In 1943, Angie met Jesse Daniel Powers, a serviceman on leave, at the Trianon Club. After a two week romance, the two headed to Las Vegas where they were married, then returned to Los Angeles. Soon after, Jesse had to attend military training in Paris, Texas where Angie became pregnant with their first child, Jesse Daniel Powers Jr., known as ‘J.D’.  Jesse shipped off to Germany and Angie went back to live with her parents in Livingston, welcoming J.D. in May of 1944. Angie returned to Los Angeles to take up permanent residence there, with Jesse joining her after the war.  Angie’s second child, Joan Paulette, was born there in 1953.

Angie was dedicated to being healthy from an early age. She either was swimming, walking or doing some form of calisthenics. This continued into her advancing years. When she lived in Laguna Woods, she would rise at 4:30am each morning, take a flashlight, and go on a 1-2 mile walk. She often saw wildlife, like coyotes, but that never scared her away from her exercising dedication. She walked and lifted weights into her 90s and always looked 20 years younger than her actual age. She also was committed to eating a healthy diet and was a fan of every type of vegetable and fruit. She never smoked and seldom drank which added to her unlimited energy.

Jesse and Angie were married for 41 years until Jesse passed away 1984. In 1990, Angie married her second husband, George Ream, in Las Vegas. George was 11 years older than Angie and this was a second marriage for him as well. They enjoyed each other’s company until George’s passing in 2003.

Angie will be remembered for her love of family, her high energy, her sense of humor, quick wit and her dedication to health. We will always carry her memory in our hearts.

We’d like to give special thanks to Icy and Robert Gulland of Niguel Hills Villa II where Angie spent the last four years in their excellent care. Their loving approach with their residents made Angie’s last years as enjoyable as possible.

Services for Angie are as follows: 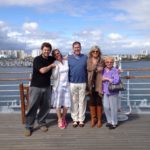 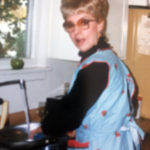 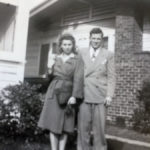 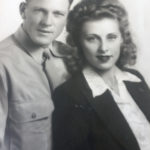