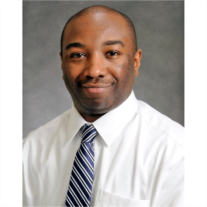 Andre Damon Moore, 37 died on November 24, 2017 in Irvine, California. He was born on November 4, 1980 in Detroit, Michigan to George and Darleen Moore. He is the oldest brother of two siblings. Andre had many interests and hobbies including but not limited to, engineering, home renovation, stock trading, real estate investment, travel, and automobiles. From a very young age, Andre developed an interest in engineering and aerospace. His interest in aerospace prevailed, such that he transferred from one highly competitive magnet school (Martin Luther King Jr High School in Detroit) to another – the Benjamin O Davis Aerospace High School where he flew small planes and cultivated the beginnings of what would become a successful and storied professional engineering career. After high school, Andre attended Western Michigan University where he majored in Mechanical Engineering and Mathematics while working at a movie theater to help pay his tuition. Right out of college he was hired at tier one automotive supplier, Yazaki North America where he designed the electrical wire harness for the Dodge Nitro. Never one to let the grass grow under his feet, Andre began exploring other areas to apply his skills and found his way across the country to Seattle where he was hired by the Boeing Company in 2007 as a liason engineer. Over the years, he navigated through various airplane programs and organizations, becoming a team lead, and eventually entering management – his most recent role being that of Global Propulsion Customer Service Manager at the company’s Seal Beach location. Just as dedicated as he was to his profession, he was even more dedicated to his role as husband and father to his wife Kristin, and their sons Marcus (7), Miles (5 months), and Austin (d. 2016). Andre was proceeded in death by his father George Moore, and his maternal grandmother Helen McCoy. He is survived by his mother Darleen, brother Josh, Sister-In-Law Rochanda, niece Helen (3), paternal grandmother Marie, brother-in-law Frank Lindsey, Mother-In-Law Shirley Reese, and a host of aunts, uncles, and cousins. Viewing will be held on Thursday December 14, 2017 at O’Connell Funeral Home in Laguna Hills, California, and memorial services will be held on Friday December 15, 2017 at Saddleback Church, Tent #2 in Lake Forrest, California at 10:00 am. A Detroit memorial will be held at the James H. Cole Home for Funerals at 16100 Schaefer Hwy. Detroit, Michigan 48235 and burial will be in Detroit at Elmwood Cemetery. Andre’s Detroit memorial will be on Tuesday December 19th, at 11:00 am.