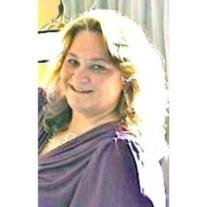 Amy Weiser was born in Gary, Indiana. She attended Valparaiso High School and was top soloist in the choir along with her friend Tammi. Amy graduated in l986. Shortly thereafter, she moved with her mother and brother to California. She moved briefly back to Indiana and then to Phoenix, Arizona. There in 2000, she gave birth to Jacob Riley Weiser. With baby in tow, she returned to California.

Amy gave her life to Christ and was baptized at Saddleback Church in 2006.

Amy was Vice President of Operations of Eagle Community Credit Union. Amy loved her job, her boss, and the people she worked with.

She was diagnosed with cancer in 2009 and fought a tough battle until her death in November of this year.

Amy was totally devoted to her son. She will be forever remembered as a wonderful and loving Mom.

Amy would say, Don’t be sad; I am healed and changed. I will be with you all again in Heaven Forever.