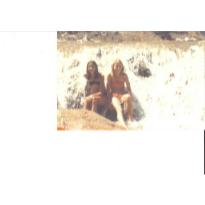 Amy Lammers of Laguna Hills died Tuesday, December 21, 2010 at her home in Laguna Hills, California. She was 43 years old.

Amy was born Feb 4th, 1967 in Madison, Wisconsin. She was the second of four children born to Roger and Sherry Henry. She moved to California when she was 8 years old and graduated from Mission Viejo High School in 1985. She married Mark Anthony Lammers, formerly from St. Henry, Ohio, in 1992 and left her job as secretary soon afterward to stay home and raise a family. She took great joy in being involved as a volunteer at her kid’s school.

She is survived by her husband Mark; their three children, Jonathan, Christian and Daisy Lammers of Laguna Hills; her parents Roger and Sherry Henry of Mission Viejo; her sister Melissa Henry of Santa Ana; brothers Matthew Henry of Moreno Valley and Michael Henry of Delaware; a hyper young puppy, two indoor cats and any neighborhood cat who came to her door looking for a meal.

Amy accepted Christ as her personal Savior in January of 1991 and we take comfort in the fact that her passing is a temporary separation from us. She is remembered most for her tender heart, her quick wit, first class party planner, a great cook, her devotion to family and her commitment to Christ.

The celebration of her life will be held at Abiding Savior Lutheran Church/School in Lake Forest, CA on Friday, January 7, 2011 at 11am.

Our joys will be greater, our love will be deeper, our lives will be fuller because we shared her moment.