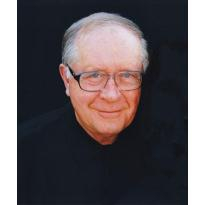 Al was a good man, great leader and a greater father. He was the Patriarch of the Yost family. He was an avid and active athlete playing basketball and baseball in his younger years, and a scratch golfer. He maintained a single digit handicap well into his 60’s.

Al’s tour of duty for the US Marines ran from 1946 to 1949. He attended McAllister College and graduated from the Univ of Minnesota in 1957 with a degree in Education and a Math minor.

During his USMC Tour in CA he met Stella. They were married in 1954 and returned to Minnesota to finish Al’s education. He worked in Minnesota as a teacher and basketball coach winning the Twin Cities AAU Championship in the Mid-50’s and playing scratch golf in the summer.

In 1958 Al and Stella returned to CA for good. With 2 children already, Al and Stella began their family journey. Today there are 6 children, 11 grandchildren, many sons- and daughters-in-law and a tremendous legacy.

Al worked in CA in Technical Sales for over 30 years and then at age 61 went back to education teaching Math in Junior High for another 13 years, finally retiring fully at 74.

He will be sorely missed by those who knew him and loved him. He was a man of great faith and gave that gift to his family. His legacy and faith will help support the family during the grieving period and afterwards to heal from the tremendous loss.

In lieu of flowers the Yost family recommends donations be sent in the name of Al Yost to: