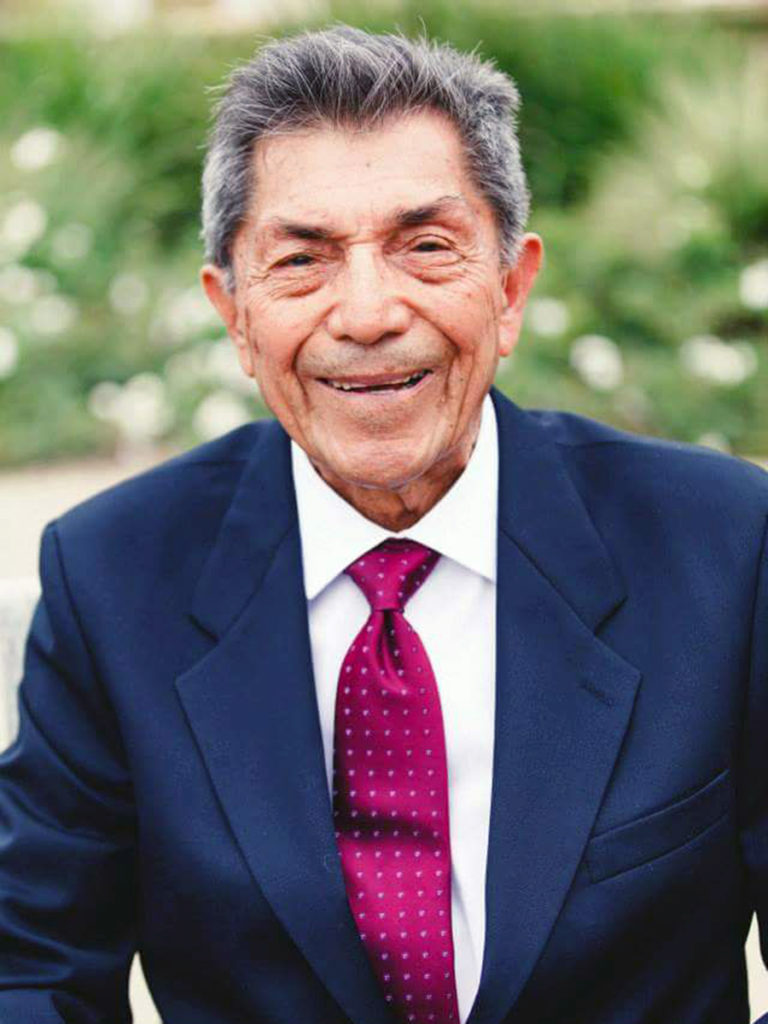 Alex Lagunas Maldonado, age 94, of San Clemente, California died peacefully at home surrounded by his loving family on May 25, 2018.

Alex was born on July 17, 1923 in Santa Ana, California to Julio and Nellie (Lagunas) Maldonado. He and his six siblings eventually were raised in El Modena, California.

In his youth, Alex attended the Westminster School, which was a segregated school that became the focus of the desegregation case Mendez v. Westminster in California. In 1946, Alex co-founded the Santa Ana chapter of the civil rights organization LULAC (League of United Latin American Citizens) where he actively raised funds for the Mendez case.

Serving as the president of the El Modena Community League and campaigning for the school board trustee of the El Modena Elementary School District, Alex helped El Modena to become the first school to desegregate in Orange County. In 1949, Alex spoke with Alfred Aguirre to the Placentia Unified School District Board to urge them to stop segregating Mexican American children into separate grammar schools. They eventually did so under threat of a lawsuit similar to the Mendez lawsuit. He also helped to start the Placentia LULAC Council in 1950.

From 1952 to 1953, Alex served as the Santa Ana LULAC President, as well as an organizer. The following year he served as its District Director. Alex received the Award of Merit for Outstanding Services to LULAC in 1954 and 1955.

Prior to his marriage to Nellie K. Juarez in 1952, Alex began his 37-year career as a truck driver. He started working for the Orange County distributor of Pabst Blue Ribbon beer; while the majority of his employment was spent working for the Orange County distributor of Anheuser-Busch. The couple eventually moved to Anaheim where they raised their family, which was the main focus of Alex’s life. It gave him great joy to spend time with his children and to play with his grandchildren. He was especially delighted on becoming a great grandfather.

A Celebration of Alex’s life will take place on Saturday, June 30, 2018 at 2 pm at San Clemente Presbyterian Church.

In lieu of flowers, a donation can be made in Alex’s name to Anaheim LULAC #2848 and designated for Scholarships at the bottom. Mail checks to: Lee Baldonado, LULAC Treasurer, 299 N. Spruce Drive, Anaheim, CA 92805.