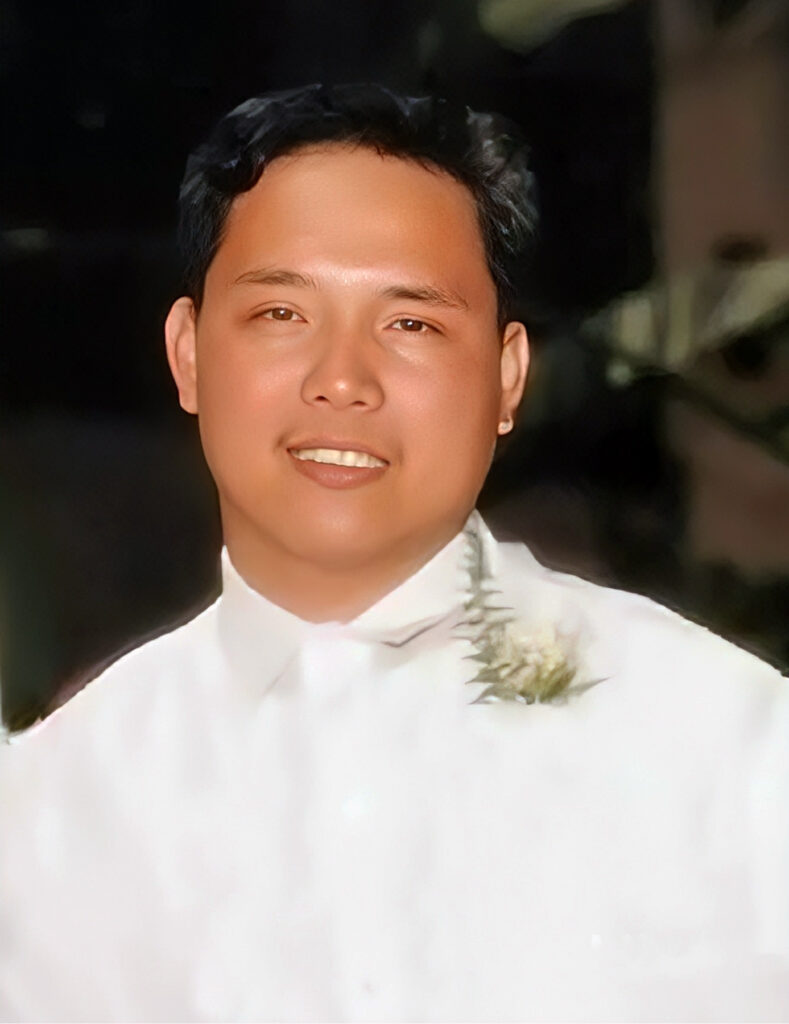 Al Cesar Madlambayan passed away peacefully on July 13, 2022, at his home in Irvine, California, from nasopharyngeal cancer.

Al was born in Pampanga, Philippines on February 25, 1964 to Aricola and Felipe Madlambayan. He was the fourth of their seven children. He held close bonds with his six siblings until his death. Jasmine, his younger and only sister, praised him as “the best brother,” and his brother, Arve, who was close in age to Al, characterized him as “his partner in crime.” Al grew up in a full, lively household with them and siblings Odin, Ariel, Edric, and Manolo.

Growing up in Mabalacat, Al was a particularly studious and notably intelligent boy, memorizing encyclopedias and consistently receiving top marks in class. He was an avid reader and was fond of history.

He left town at the tender age of sixteen to attend the prestigious University of the Philippines on an academic scholarship.

He was a member of the Sigma Kappa Phi fraternity, where he was elected Supremo (Head of the organization), deemed by his fellow brothers as the best candidate to lead the organization. His competence led to his election to the presidency of the University of the Philippines inter-fraternity council, in which he was the lead decision maker concerning matters encompassing all fraternities at the University of the Philippines.

He studied geology which, upon his graduation, led him to a job in the largest Filipino oil company, the Philippine Oil Company, the first job in a long career in the oil industry. Over the course of 30 years, he managed and directed the drilling of oil through complex calculations for oil giants such as Chevron and Halliburton.

Al saw the world through his work, working from Thailand to North Dakota, from Saudi Arabia to China. At the age of 35, in the late 90s, he met and married Rofelina Borja, and they settled in Saipan, where they would raise their two children. Their first child, Tiffany, was born in 1999, and their second, Alfie, in 2001. Having to work in a different country, Al would work two months away and return to spend a month with his family. During his time off from work, he would travel with his wife and children to visit relatives in different parts of Asia, United States and Europe. His sacrifices as a working, family man are appreciated by his surviving family in their life of comfort, having moved from Saipan in 2011 to the peaceful suburbs of Irvine, California.

After his retirement at the age of 51, Al was voted as the President of MRSC (Mabalacat Residents of Southern California). As the president of MRSC,  he helped organize the Mabalacat Fiesta. In his free time, he enjoyed watching sports such as football and NBA, and hanging out alongside family members. He would regularly see his brothers, sister, and mom and very much enjoyed family gatherings with his large extended family. He was truly kind and loving to all his family, and even when they were busy with their own lives, he regularly kept up with many of them through Facebook. He loved and was loved by his family very much and will be truly missed.

Al was preceded in death by his father, Felipe. He is survived by his mother, Aricola, and siblings, Odin, Ariel, Arve, Edric, Jasmine, and Manolo, as well as his wife, Rofelina, and children, Tiffany and Alfie.