Why Thinking About Death is Actually Good for You 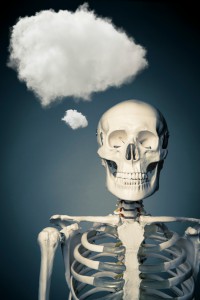 It seems that most people generally fall into one of these two categories when it comes to thinking about death;

1. Total Avoidance: Death freaks you out, you don’t like how it makes you feel so you choose not to think about it (because that’s going to help). Some people cope with their fear of death by dieting, working out, and worrying about their body. Others are fearful of taking risks or doing potentially dangerous things, even basic sports. People can live their lives in bubbles from a fear of dying when they are arguably, in far more danger of never living.

2. Comfortable & Curious: As much as is possible, you’ve come to terms with the fact that you’ll die. Perhaps you’ve seen a parent die and instead of fear there is a certain sense of peace and acceptance you feel when death comes up and you aren’t afraid to talk to others about it or ask about their stories.

I’ve seen both people, they’re very easy to tell apart. When someone asks me where I work they tend to either respond with silence (afraid of death) or they share with me a story of someone close to them who isn’t doing well or who has died (facing a need to accept or already have accepted death).

There is something about seeing death in the day-to-day that I’ve been told puts you in danger of being jaded or insensitive but it hasn’t had that effect as of yet. I’ve found that it has helped me accept the frequency, and understand some level of the magnitude on which death occurs. It has also made me see with so much clarity the freedom of living in the light of knowing you will die vs. the paralysis that can come with living in constant fear of death.

Here are a few death-related things that might surprise you:

– Thinking about death promotes healthy and pro-social behaviors at least according to this article. Just walking by a cemetery can cause you to think and create positive changes in your life – pretty cool right?

– There is an app for EVERYTHING and there is one that will tell you how much time you have left on this earth. iDie calculates your life expectancy from your birthdate and shows you how much time you’ve probably got left. In other words, it doesn’t allow you to forget that you’re dying and what’s the point in forgetting? 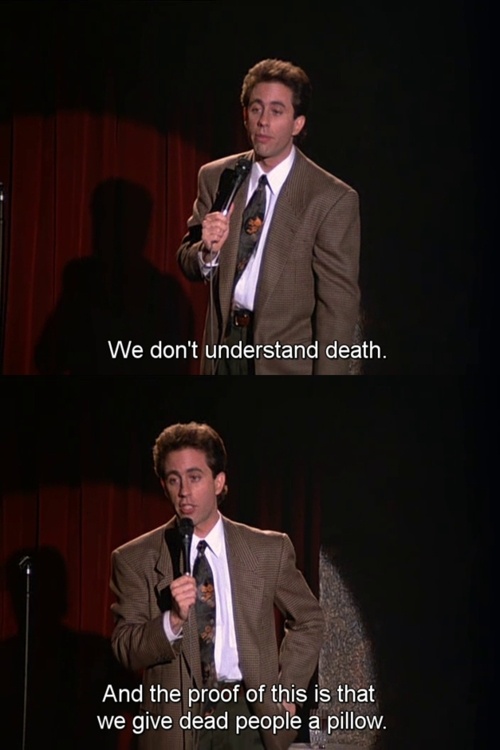 – Thinking about death could make you funnier – this may sound crass but I’ve noticed that the deeper the pain the easier the laugh. Our mortuary is filled with some of the funniest people I know, these same people are also some of the most dedicated, compassionate and deeply sensitive people you could ever meet. It’s a matter of balance like all things, but when you work at a mortuary you are entitled to have a few laughs (in my opinion).

– Thinking about death can make you value life more – this article talks about a study that found people who wrote about their own mortality or other death related topics reported lower levels of depression, increased self-esteem and higher motivation.

– Way more people talk about death than you think – this is my own conjecture but I’m fairly certain it’s true. In our love of people, of life, of moments we realize they don’t last forever and as we think about endings we think about death. People think it sounds macabre to say but if we were all just honest, we’d find we weren’t as alone in our thoughts and I think the world, would honestly, be a better place.

So that ought to sum it up; you should think about death more. Not much more perhaps, but give it your attention when you’ve got the time and energy to do so. Maybe even walk by that cemetery for some value-adding, life-changing vibes.

If you’re intrigued by this idea, I’ve got an interesting challenge for you. Have a go at writing your own obituary, see what you say about yourself, your life, your family – I think it will be a more positive experience then you think (at least I hope so). 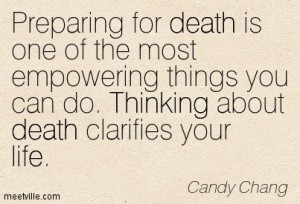 Death is a profound and thought-provoking subject that can, if given enough thought, change your life.

– Do you think about death?

– Is it uncomfortable or a welcome topic?

– Have you noticed any positive changes from thinking about it?