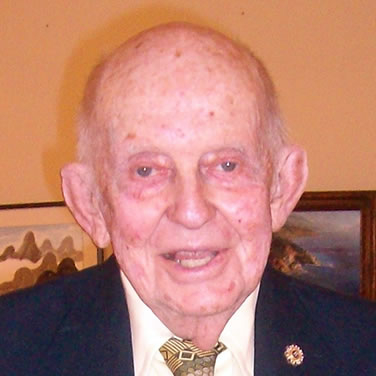 O’Connor Mortuary happily introduces the winner of the Heart & Soul Award for this month, Ward Payne. Highly decorated for service to his country during World War II and the Korean War, it’s clear that Ward dedicated much of his life to protecting the freedoms of others. But even upon returning to civilian life, he still maintained his own personal legacy of service – this time by donating relentlessly to Kiwanis Club and American Legion where he has volunteered for nearly four decades. We give him this award to honor his lifetime of steadfast commitment to community involvement.

“I’m honored to thank Ward and recognize him for his contributions,” said Neil O’Connor, President and CEO of O’Connor Mortuary. “While he has earned distinguished martial honors – including Silver and Bronze Stars, a Purple Heart and even a Korean Medal of Honor – it is O’Connor Mortuary’s privilege to salute him and humbly bestow civilian recognition from the O’Connor family on someone who has done so much for our community and our country.”

“Ward is an outstanding citizen, serving both our country in war and our country in peace,” said Don McIntosh, a fellow volunteer who has worked with Payne at American Legion Post 257 on Boy State and other veteran affairs.