Taking the Urn Out of the Closet 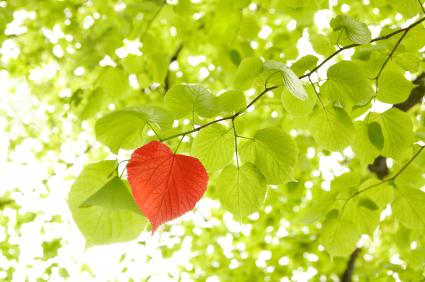 Mary spent that last 3 years of her life in an Alzheimer’s home. As the memory of her friends and family faded from her mind, so the number of her visitors dwindled down to just one; her daughter, Joan. Joan tried to check in every few months but the visits weren’t easy and usually she left feeling more guilt than when she had walked in. Mary and Joan had never had an easy relationship and for both of them, Alzheimer’s signaled the doom of their secret, but mutual hope that someday it might be easier.

When Mary died, Joan felt like keeping the event quiet. Close family and friends were told and plans were made to have Mary cremated without any ceremony.

When the funeral home called Joan to tell her that her mother’s urn was ready, it startled her. In her meeting with the arranger the week before the topic of a final resting place had come up, but Joan hadn’t given it much thought. She had planned to choose a cemetery but now it felt too late. Her week had been filled with phone calls from family & friends, trying to keep up with her family’s regular needs, packing her mom’s belongings, and making difficult decisions about what to keep and what to donate.

When she arrived at the funeral home and saw her mother’s urn, a shock settled over her as the reality of her mother in an urn set in. The questions, “Where do I put this? Where do I put my mom?” began pounding along with a deep guilt over having no plan in place. She took the urn home.

Walking from room to room, Joan searched throughout her home for a place for her mom but nothing seemed right. The urn was sad to look at, her mom was sad to think about, and she didn’t feel that sad. She made her way up the stairs onto the landing and stood looking into the spare bedroom. She had often prepared this room for her mother’s visits that were more often than not cancelled at the last minute – this room held hope and despair and it had a closet. She was beginning to feel angry, having to find a place for her mom in her house, a house that her mom had almost no knowledge of. She opened the door of the closet, it creaked loudly, and she tucked the urn up in the far back corner next to some old quilts from her grandmother and closed the door.

A few months passed. A friend was coming to visit and Joan remembered that her mother was in the guest room. She hadn’t really forgotten but she hadn’t had any need to really remember until now. Not wanting her friend to find an urn when she put her clothes away, Joan opened the door. It creaked deeply, and there was the urn. It hadn’t moved, it didn’t look different, but it now felt out of place, shoved back without carefulness and left to be alone. Tears and that tightening choke of deep sorrow began to overwhelm Joan. She leaned against the door-frame of the closet and for the first time since the death, cried over her mom. There were so many things to grieve; their relationship that was rarely peaceful and then the chaos of the Alzheimer’s diagnosis. The fear, confusion and rage that was poured onto Joan in the wake of Mary learning that she was forgetting. The trauma of knowing there was so little Joan could do. And then the new losses that would appear with each visit to this person who was less and less her mother every day.

She felt a deep impulse to hold her mom, to cradle the vessel that now held her. Joan took down the urn and grabbed a couple of quilts. She gently wrapped her mother in one, herself in the other and laid down upon the bed holding onto her mom, letting the moment take from her everything it needed. She moved in and out of crying for what seemed like a wide, paused time. When it felt ok, she slowly sat up and carried her mother through the hall, down the stairs, and into her family room. Joan carefully cleared away a space on a table beneath a wide window overlooking her twilit street; she folded the quilt she had wrapped her mother in, placed it on the table and rested her mother on it with a tender touch that wants rest for those we love.

She stood back and stared at the table. There her mother was, resting at last, surrounded by pictures of Joan’s life, her family, her friends, people who had shaped and changed her life, generally, for the better. Somehow, her mother now seemed to belong among them. Joan felt a sense of peace, restoration, and rightness as she gazed at the table that now seemed complete, and her mother, who she now felt was at rest.

She sighed deeply, lit a candle, and was glad that she had taken the urn out of the closet.

A short story by Molly A. Keating

*All characters appearing in this work are fictitious. Any resemblance to real persons, living or dead, is purely coincidental.