Do you Believe in Lies? I have – and I probably still do. 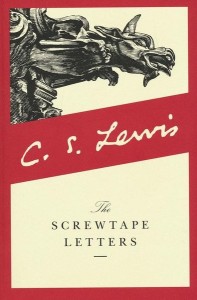 Do you believe in lies? I have – and I probably still do.

This concept of “believing lies” is fairly new to me, something that I feel is just dawning as a realization.

I have believed lies about myself for a long time. I began to realize this when I noticed a strange little voice that would sneak up inside of me at some of my more vulnerable times and say things like, “Oh dear, Molly, that was a weird thing to do,” “They think you’re stupid,” “You shouldn’t have made that decision,” “They don’t like you,” etc . . . These phrases sound sort of strange all linked together but these were some of the things this voice would say to me. It said them so subtly that I went years, decades, without knowing.

This voice appears usually in my more vulnerable moments where I feel insecure and find myself second-guessing whatever I’ve done or said. It knows my insecurities and fears and it preys upon them, growing them into such big ideas or strongly rooted beliefs that I have believed dark and horrible things about myself – that I wasn’t worth anything, that I’m a failure, that I’m fooling people & I’m really a stupid, sham of a girl.

But I have a hunch that you believe things like this, too. Here’s why I think that; I had the idea to write this blog somewhere around 8 months ago & had planned to share it on a private little forum of my own. I never did. I began thinking, “No one will read it or like it, other people don’t have these voices, everyone will think it’s a stupid idea”. It took a long time, 6 months, before I realized that those were lies.

This has been the hardest blog I’ve had to write but I think it’s important, I think you and I deserve to know that this voice I hear & believe is a false one that wants me to fail, wants me to remain insecure & stumbling over myself.

I won’t do it anymore.

Now I can identify the lies fairly quickly, it seems as though they come in questions at times – like proposals to me that I can choose to believe or reject. Other times it seems like a loud voice yelling at me telling me in a confident anger how I’ve failed. I hear the voice & I stop it. I say to it (in my head & sometimes aloud) “No, that’s not true and I’m not going to believe that about myself. That’s not true and what you’re saying has no power here”. Responding that way has helped a lot, I find a lot of unreasonable guilt has left me, I feel more healthy emotionally, and my relationships are more open & honest.

I encourage you to identify beliefs you hold about yourself that aren’t true – this is no easy task as the voice has probably been speaking to you since you were a child & it’s hard to pull apart such deep-rooted lies – but you can do it & you need to.

Consider this when looking for those lies: What are your insecurities? Where are you most vulnerable? What about yourself do you treasure the most? – These are the areas I have experienced the most attack & self-doubt.

If you want to further explore this topic I highly recommend reading The Screwtape Letters by C.S. Lewis – it is an incredible, fascinating, and brain-punching book on how Satan works upon our minds & insecurities; on how he lies to us. Read it, you’ll be blown away – Screwtape is alive and well.

What lies do you believe?

Have you considered this concept before?

What is your action plan to combat these?