Comforting Others in Times of Grieving and Loss: The Dos and Don’ts 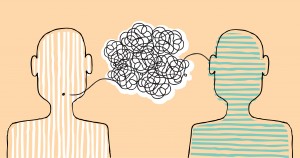 Comforting Others in Times of Grieving and Loss:  The Dos and Don’ts

What’s the worst thing you can imagine someone saying to a grieving person?  Whatever you’ve just come up with in your head, I am willing to bet that it’s already been said aloud.  And, not in an attempt to be insensitive, but by someone whose intentions were likely pure!

As a therapist, I speak with a lot of people about their experience with grieving and what support they’ve received to cope with the pain of their loss. I also hear a lot of stories about well-meaning, but misguided, comments that they’ve been told. At a recent luncheon, I met a young woman whose baby was born still.  She shared that soon afterwards a neighbor had offered his condolences by comparing her loss with his mare’s stillborn colt.  At the time, this thoughtless comment enraged the grieving mother.  Today, her pain around this incident has lifted somewhat, partly due to the realization that the neighbor was probably trying to connect with her and to express empathy. What this neighbor will never know, however, is how his misstep has been remembered, discussed, and still hurts years later.

Knowing what to say to someone who is grieving is not always clear and it often raises our anxiety levels.  We don’t want to accidentally say something that will cause more harm than good, like the neighbor in the story above.  We ask ourselves: “What if I say the wrong thing?  How could anything I say actually make the bereaved feel any better?”  We try to quell the anxiety through rationalizations: “I’m sure that he’s getting lots of calls … I don’t want to overwhelm him.”  It’s true, you cannot take away another’s grief.  There are things that you can do and say, however, that can be helpful and supportive.

Here are some dos and don’ts:

… express platitudes such as “Heaven needed another angel.”  The bereaved wants the deceased here with them now, alive.

…avoid or evade.  Don’t let your fear of saying the wrong thing lead you to say nothing.  Learn to tame your own anxiety around reaching out to the bereaved.

…try to make the bereaved feel better quickly or tell them to dry their tears.  Grief is a natural part of the healing process and not a pathology.  Allowing them time and a safe place to feel and express their pain is a true gift.

…respect their space by asking what they need.  Offer the bereaved a compassionate ear.  At times, they may accept and at others, they may need to retreat and regroup with some time alone.  Grieving is exhausting work and takes a tremendous amount of energy.

…let the bereaved know that you are available to them and care.  It can be something as simple as “I know that nothing I can say can take away the pain of your loss, but I want you to know that I care about you and am here for you.”

…be patient with yourself.  If you stumble and accidentally say something that could be interpreted as minimizing the pain of the bereaved, apologize and take steps towards repair.

Do you have stories of your own where people have been insensitive to your loss?

How did you handle it?

How are you still dealing with it today?

What would have been most helpful for someone to say to you during that time?