As You Toast To The Holiday Season, Don’t Forget To Designate A Driver 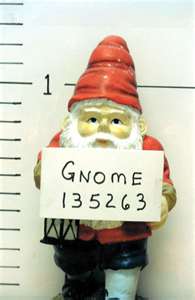 As You Toast To The Holiday Season, Don’t Forget To Designate A Driver

Today I had to take my car to the dealer for an 80,000 mile service.  I was given a voucher for a complimentary rental car.  I gave the gentleman behind the desk my license and credit card as requested.  He offered me their “$15 Walk Away Insurance” in the event anything should happen to the vehicle while I am driving it.  I, of course, agreed right away.

I walked away thinking how interesting it is that we worry more about protecting things than we do people. When was the last time you designated a sober driver when you knew your evening would include cocktails?  We never plan on drinking to exceed the legal limit.  It only takes that one extra glass to make it unsafe for us to drive.  Shouldn’t we have the same kind of “Walk Away Insurance” in place for drinking and driving?

According to MADD, Mother’s Against Drunk Drivers, someone is killed in a drunk driving crash every 52 minutes, on average.

Unfortunately, drunk driving accidents are much more prevalent during the holiday season.

These statistics should make it a “no brainer” – if you are going to drink, DO NOT DRIVE!

You may be reading this thinking, “Where does she get off preaching to me?”, “Who does she think she is?”. Well, this isn’t just what I think, it’s something I know. I made the poor decision to drink and drive in the summer of 2006. My friend had driven my car and turned my automatic headlights to the off position. The fact that the police officer noticed this before I did should tell you that I did not belong behind the wheel. I thank God that I was stopped before I became one of the statistics.

The holidays are a stressful enough time. Believe me, you do not want to add jail time to your social calendar! You will be kicking yourself for years to come.
Designating a driver will prevent you from experiencing some of what I describe below.

Expense – Presents under the tree will be the least of your concerns if you are arrested for driving under the influence.  Right off the bat you get to pay hundreds of dollars to retrieve your car from impound.  This is nothing compared to the thousands you will pay for an attorney and the resulting fines.  While expensive, an attorney is crucial during this time.

Embarrassment – This starts the minute they place the handcuffs on and place you in the back of the police car. It continues while you spend whatever time you have to in jail.  From there it goes to the courtroom where you have to stand and plead guilty to your offense. Then you get to re-live it for several weeks while you attend mandatory classes and meetings. To this day there are people I have never told of this experience because I am so humiliated.

Driving Restrictions – I’m not just talking about the initial suspension of your license.  This offense stays on your DMV record for ten years.  I will not be able to drive any of our company vehicles or even my own during work hours until 2016.

Loss of Friendships – My poor judgement cost me a twelve-year friendship.  My friend was disgusted I would use such poor judgement. Considering the outcome could have been much more grim, I can’t say that I blame her.

As bad as my experience was for me, I consider myself very lucky. I was not involved in an accident. My lesson was an expensive one, however, it is easier knowing I did not hurt or kill anybody. I do not know how I would have recovered from that.

Have you personally been affected by a drunk driver?

Describe a time when you should not have gotten behind the wheel after drinking?