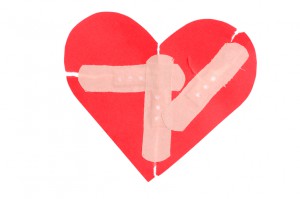 I started babysitting my friend’s daughter, Malia, when she was three months old. The first time was as a favor because her parents could not find a sitter for the day. The next time was just for fun since I love babies and soon I found that I loved having Malia around. We now have the tradition of spending every other Tuesday together.

Five months ago I introduced her to my Grandma. I hesitated to make the introduction because in previous years my Grandma had been very jealous of my attention and was never excited to know that she would have to share.

But on this Tuesday I decided I would take a chance. I took Malia over and my Grandma’s heart melted instantly. She smiled the biggest smile I have seen from her in years. She held Malia on her lap, sang to her, hugged and kissed her. When it was time to leave, the new best friends gave each other the sweetest kiss.

It is a picture I will always treasure.

About a month or so after this introduction, my Grandma broke her hip and had to undergo surgery. For those of you who have faithfully followed the blog, this IS the same Grandma who I thought I was going to lose a couple of years ago when she fractured her pelvis. She is tough as nails and at 99 years old made it through surgery and rehabilitation.

While her body has survived the assaults it has been dealt, her mind has not faired as well. The dementia that was already present has accelerated significantly. Most days she is delusional and weaves tales with little factual basis. Some days she is extremely agitated and argumentative, she’s even insisted that the caregivers are plotting to kill her. 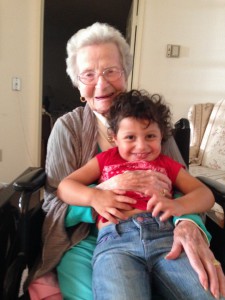 Grandma reached her milestone birthday, 100, on May 28th but she was not physically or mentally able to celebrate as we had hoped. Her life has now been reduced to either being in a hospital bed or a wheelchair and sleeping most of the time.

The one thing Grandma does remember is “my girl”. If I go over on an alternate Tuesday and do not have Malia with me, I might as well not even show up. Even if I explain that Malia has to spend time with her own Grandma, she pouts and barely speaks to me.

But when I do show up with Malia in tow, all is right in Grandma’s world. The smile spreads quickly across her lips, and a gleam returns to her eyes. She is at her happiest when that little girl is on her lap.

Children have an amazing way of caring for those who are nearing the end of their life. Malia climbs up the wheelchair without hesitation into my Grandma’s eagerly waiting arms. Malia holds her frail hand and gives her such special attention. They have a language all their own.

I often think it may be hard for Malia once my Grandma is gone. She is part of our day. We first go to our favorite breakfast spot, Ted’s Place, and then on to Grandma’s. Will this be hard for her or will she just carry on with childlike resiliency? Will I have a hard time on Malia days with the void that will be left when we no longer have Grandma to visit? 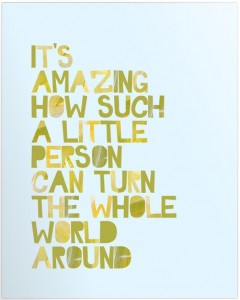 For now I shift my focus to being grateful for the joy this little girl has brought into our lives. My Grandma has lived a life filled with tragedies that have resulted in her putting up walls of bitterness. A two year old came in and broke through those walls in one visit. There have been many days when I thought my Grandma and I would not be on speaking terms when she passed. We have been given the gift of a special little girl who has brought us closer together. Our visits are now filled with smiles and laughter instead of my grandma obsessively discussing her bills.

Each morning I wake up expecting this could be the day I get “the call”. I will be sad, but I do not dread it like I used to. I have had weeks of seeing my Grandma happier than I can remember in years. That feeling of peace is priceless and to think it is all the work of a two year old.

Have you witnessed the joy a child can bring to someone with dementia?

Do you have children or grandchildren who have cared for family members or friends in their final stages of life?